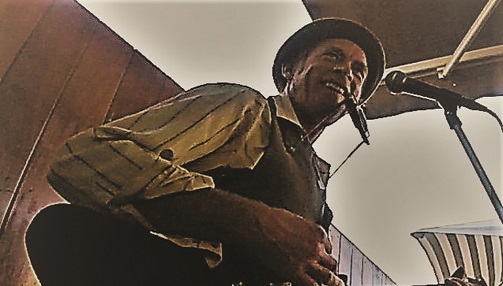 Watching Wills play it becomes glaringly obvious that he is something very special. For  starters, his ability to play harmonica, guitar and sing at once is astounding and  entertaining, (“ …the way Shayn plays guitar harmonica and sings all at the same time  astounds me” Midge Marsden). And he has his own unique style of playing. His playing comes from a place of sincerity and heartfelt passion, and there is something about his  playing that is distinctly New Zealand. You could easily say he has created the term  “New Zealand Blues”.

At 43 Shayn has now had 31 years of playing, learning and living the Blues. His voice,  guitar and harmonica playing have matured into something extremely special and unique. Shayn travels regularly to concerts in Australia and the UK; he has a wife and 2 children  and continues to try to make a living from his music, which when in NZ is the Blues in  itself.

His complex guitar rhythms, innovative harmonica riffs and melodic voice make him a  must see act. Julie Oakley, a reviewer for the national music magazine “Real Groove” is  quoted to say, “Wills is one of the original black Mississippi Blues legends,  reincarnated and living in Auckland, (New Zealand)”.

Having made many successful albums with other line-ups and just releasing his 2nd successful solo album, this is one musician ready to make the Blues gold.